Archaeologists from time to time dig up a different kind of “flute”, “panpipes”, Dating them tens of thousands of years. Historians of music such happy discoveries, pushing back the origins of music in the ancient stone age. Meanwhile, the “cunning of history” is that the Paleolithic “flutes” is a bone tube with a bell, a mouthpiece, three or five holes along one of the sides, – cannot be attributed to the category “musical instruments”. It could be simple baby toys such as bells, can be difficult not really children’s toys of type of a barrel organ.

Baby but neither tweeters nor the most perfect organ to musical instruments do not belong. Most likely, Paleolithic “flutes” should be attributed not to toys, to musical instruments, to hunting gear, to the so-called “decoy”. Hunters in ancient times used decoys with the aim lull the vigilance of animals and birds or their to a specific. It is noteworthy that the decoy requires a delicate acoustic adjustment tool under the mental reaction of an animal or bird. And this fact is related to the origin of the music that has arisen, however, in a completely different historical era.

Music theorists argue that it is unknown about where and when there. One can hardly agree with this opinion. The uncertainty of the appearance of music in human culture is largely provoked by the Ethnography and archeology. If the primitive rituals with fire and hemp thousands of years, and Paleolithic “flutes” tens of thousands, it is tempting to attribute the origins of music to the primitive rituals of the stone age, to shamans and loud tambourine “frantic dances of savages”. Draw attention to sound, acoustic side of music as well directs theoretical thought in the direction of a primitive culture, very prone to noise effects. However, music is not only sound but also silence. 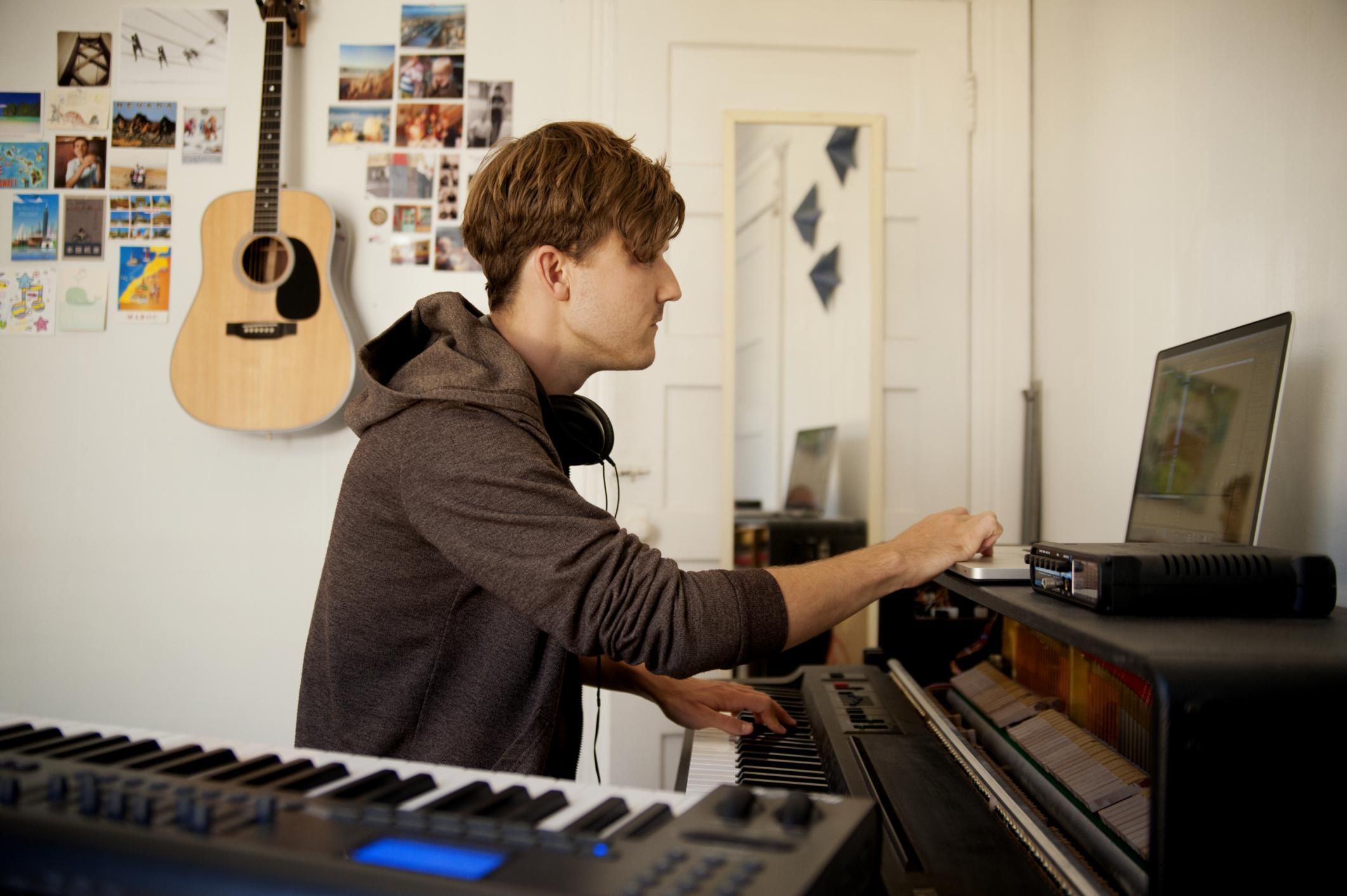 Music is not only care, but also gives peace to the anxious soul. Music sound order and need to organize and make meaningful the silence – artificial silence and artificial sounds. In people, there are situations in which the violation or restore the silence is full of lyrical, epic, dramatic sense. Music in its historical origin is the art of silence, in which the semantic value has not a musical sound, and silence between sounds, to sounds and after them. Not coincidentally, the concert begins with the establishment in the hall of the silence and fade the public. Not a coincidence that piano so easily supplanted the harpsichord.

The purpose of the shaman’s drum or rattles on his feet dancing natives is to destroy all kinds of silence every day is a task not only related to music but also directly opposite to it. Similarly, have nothing to do with music, a fire alarm, the sounds of military whistleblower, the city heralds, shepherds’ pipes or horns. These sounds break the silence, but not organize it.

The problem of the organization of musical silence for the first time in human history, arose with the emergence of the Eastern harem in Mesopotamia, Etc. India and other ancient civilizations. People with a European education difficult to understand given the social importance of the harem – one of the most significant cultural and social institutions in the history of civilization. Europeans see in the harem laughing his sexual problems, while noteworthy human communication in the format of teaching technologies. It is noteworthy that the main object of pedagogical influence is the holder of the harem.

Women raise, from whom they wholly depend for its master. Here comes to the aid of music, organized by the not as much of sound as of silence. First musical instruments are completely identical Paleolithic Manco – “flutes” because in the harem, there arises a problem similar to hunting: the only question in this case is about hunting a very weak man, women, a very large predator – man. Harem, as we know, occurs as a result of military expeditions, and the man for a long time unable to get out of the usual aggressive state, as well as a captive woman is not just to be active. The only thing that allowed women of different ages in the presence of men reduced to the gaming forms of leisure activities: from innocent hide-and-seek and catch-up to the abstruse charades and riddles. In the narrow confines of the public activity of women invented their own methods of pedagogical influence, such as Oriental tale, Oriental dance and Oriental music.

At the heart of their educational impact is the same psychological pattern: to call the representative of the stronger sex the excitement of the game and convert it to changes in the mental state to remove the aggression and to achieve a sublime ethical and aesthetic contemplation, which the Greeks later came to be called “enthusiasm” (from “EN – theos” – to be in spirit). I. Kant called enthusiasm, following Aristotle, “a good idea combined with passion”. Ways of implementation of the “enthusiasm” was the special Sciences, what we now call “music”, “dance”, “fairy tale” and classify among the different types of art.

Linguists are trying to bring the tale of the primitive myth, but this is a completely false direction of theoretical thought. The tale in their organics are much closer to the game (such, for example, games like chess or cards) than to myth.

A fairy tale with the idea of turning Cinderella into a Princess fit entirely into the psychology of the Eastern harem. In the psychological basis of the “tales of” is gaming excitement with overtones of a military campaign adventures of a convertible in the course of the tale with an underlying moral. The tale is organized as if on a chess or card box and consists of certain moves (which was noticed in their own way B. J.), and the art of the storyteller is based on the ability to trigger the excitement of hearing the contemplation with the purpose of long, and a specific suggestion (not to do evil, to do good). The tale turns on the same playing field, holding attention and inspiring. So does the dance.

Oriental dance is plotless, and endless; the more you contemplate it, the more imbued with the feeling of the sublime and beautiful, Kant attributable to the allegedly “disinterested contemplation”. The same effect works Eastern music, ornamental in their organization. Silence organizes ornament sound skillfully selected tones. Music at its origin was completely devoid of dynamic shades and in its monotone graceful ornamental sought to merge with the silence.

Dynamic nuances in music appear with the emergence of the melody, gradually forcing ornamentation (trills, grace notes, etc.). The appearance of the melody is due to the fact that we used to call “the inner world of man”, “person”. Our pedagogy is completely absent understanding of what “inner world” of the person originally is a direct consequence of the organization of social life in form of despotism.

If a person, for example, slow to anger, but hides his anger, loves, but hides his love, wants to buy but can’t, there is a hidden world of feelings, of thoughts, of wills, which – through an ironic remark Nietzsche – the man with a strange pride calls his “spirituality” and BL. Augustine followed the three Cappadocian hierarchs interpreted as “personality”. To Aurelius Augustine, in the era of the ancient Eastern harems, men were supposed to be heroes, and personalities were mostly eunuchs.

Europeans laugh at the way the unfortunate eunuch, but ancient civilizations have produced thousands of eunuchs, and not only for the harem. Suffering did eunuchs, servants, guards and bodyguards – to the adoration of his Lord and sacrifice for him. But eunuchs could come from the machinations, intrigue, betrayal. The concern of the “inner world” prevented the eunuch to be a normal person: he fell into the extremes, of allegiance, of malice.